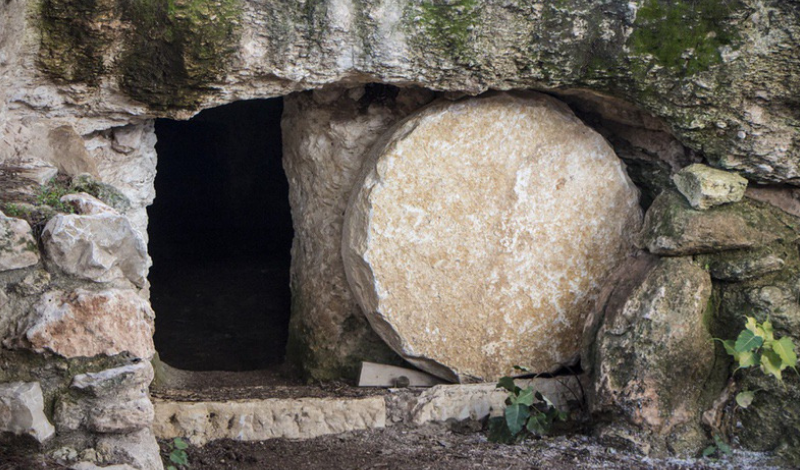 Roll the Stone Away

The devil, the flesh and the world attack us with lies that question the truth of the resurrection of Christ. Believing the lies is like putting the stone back in front of the tomb as though He had not risen. When we go through battles, we need to know our Lord is risen. We cannot allow the stone to be rolled back in front of His tomb.

Often when we get into a situation we thought was hopeless, we find the stone of despair has already been rolled away. The questions that fear and doubt bring into our lives in times of trials are answered with faith and confidence when we see the grave is empty; our Lord is alive. There are some stones we roll in front of ourselves because we don’t want to deal with things deeply buried. What has been sealed has to be opened so we can move freely. The Lord reveals Himself to us, and draws us near for His gentle embrace. His power cannot be held by any barrier we might try to erect.

The stone that was at the door of the tomb where Jesus was placed after His death was removed by an angel, not to let Jesus come out, but to let the people go in and witness He was not there but risen indeed. We too, by faith, can see any stone that is blocking our risen Lord has been removed and we have access to Him at all times. No one can separate us from the love of God in Christ Jesus. We can draw nigh unto Him from glory to glory!

Mark 16:2-4 Very early in the morning, on the first day of the week, they came to the tomb when the sun had risen. And they said among themselves, “Who will roll away the stone from the door of the tomb for us?” But when they looked up, they saw that the stone had been rolled away—for it was very large.